Skip to content
⚠️ COVID-19 UPDATE: Thank you to all of our patients and families for your patience while we have been navigating the challenges with the COVID-19 pandemic. As we have been restricting numbers throughout our clinic area we understand that communication has been challenging at times. If you would like an update on your child's progress please feel free to phone our reception team or advise us when you arrive and we will help co-ordinate this. We are all looking forward to restrictions in healthcare being lifted and we are focused on providing the best quality Orthodontic care for you/your child. 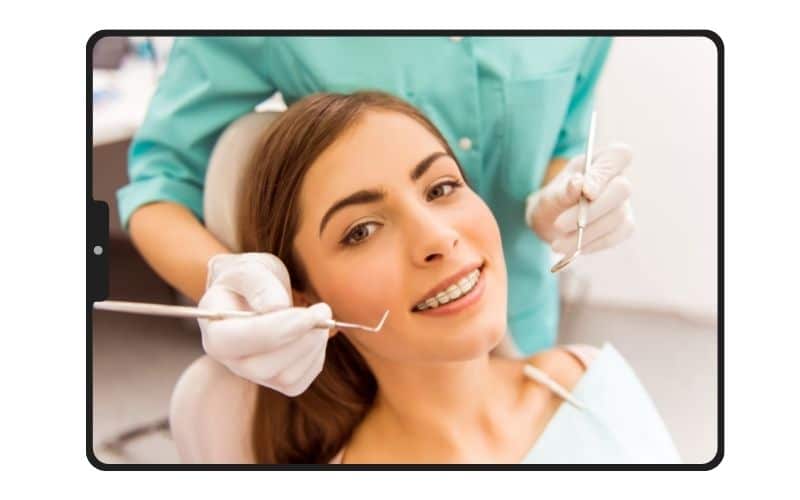 Braces may be considered a modern-day invention, but they’ve actually been around for an EXTREMELY long time!

Read on to find out about the surprising history of braces!

According to archeologists, the first orthodontic procedures were practiced in Greece as early as 1000 BCE. Ancient Etruscans (who preceded the Romans in Italy) used mouth guard like devices to prevent the teeth from collapsing inward once a person had died.

Aside from the Etruscans, some of the very first orthodontic braces can be traced back to Ancient Egypt!

According to the American Association of Orthodontists (AAO), archeologists have previously discovered mummified ancients with metal bands wrapped around individual teeth. Instead of the metal wire that we use now, “catgut” was supposedly used to close gaps between teeth in the BC era.

The term “catgut” refers to the cord derived from animal skin, which would be attached to teeth the same way that wire is nowadays.

Frenchman Pierre Fauchard, who was thought to be a modernist for his time, wrote the first book on Dentistry named “The Surgeon Dentist”.

The book spoke of orthodontics, and in particular, ways to straighten teeth! Fauchard discovered a device he called a “bandeau” (which we now call a mouth guard), which he thought would help teeth stay in their intended position.

Frenchman, Pierre Bourdet, who also happened to be the dentist to the King of France, wrote a book named “The Dentist’s Art” which expanded on Fauchards’ bandeau creation.

Bourdet made improvements upon the device and made the important discovery that wisdom teeth could be removed to avoid crowding in the mouth.

Braces may be considered a modern-day invention, but they’ve actually been around for an EXTREMELY long time!

This discovery would go on to play an important role in modern-day dentistry, as overcrowding is a common cause for crooked teeth in adults today.

Christophe-Francois Delabarre created the first modern braces for teeth. His device used a wire “crib” which was placed directly over each set of two teeth, in an effort to keep them in place.

The revolution of orthodontic braces continued as Dr. Edward Maynard added elastics to the treatment, in a bid to improve jaw alignment (similar to the elastics we have now).

This was a historical turning point for teeth realignment procedures, as it is commonly known nowadays that jaw alignment is an essential element in correcting overbites and crooked teeth.

It wasn’t until the 1900’s that the term braces was widely used and accepted by the dental community and it’s patients.

Originally, the actual wiring for braces was made out of fourteen to eighteen karat gold due to the malleability of the material.

Dentists were able to create wires, clasps, ligatures and spurs out of gold however in the 1950’s gold was replaced with steel due to its practicality and expense.

In the mid 70’s, an idea was formed that securing the brackets and wire to the back of the teeth, rather than the front, could in fact achieve the same result.

Thus, Incognito braces were invented, allowing for an invisible teeth realignment treatment, which truly modernized the fundamental idea of braces.

At the end of the 20th century, NASA developed one of the most important orthodontic advances, which would improve the way teeth are realigned forever.

This invention was heat-activated nickel-titanium alloy wires, which replaced the common steel.

At room temperature, the wires are extremely flexible and as they warm to body temperature they become active and gradually move teeth in the desired direction.

Due to their heat-activated properties, these wires are able to retain their ability to move teeth for longer and need less attention than ordinary steel wires.

In May of 2000, after years of development, Align Technology founded by Zia Chishti and Kelsey Wirth released a modern take on braces called Invisalign® aligners.

Invisalign treatment consists of clear hospital grade plastic that is molded to fit your teeth and which was refitted every couple of weeks to influence desired movement.

The future of Orthodontic Braces

The future of Orthodontic Braces appears to be limitless at this point, as this year we’ve seen an undergraduate design student create his own homemade plastic aligners!

Equipped with only a 3D printer, dental plastic and the right software, this young man was able to create a digital scan of his teeth, calculate the required distance of movement and create corresponding aligners to correct his smile!

We expect that with technology advances such as 3D printers and digital scanning software, orthodontists will soon be able to provide faster, more convenient teeth realignment treatments to patients.

How Your Teeth Should Fit Together